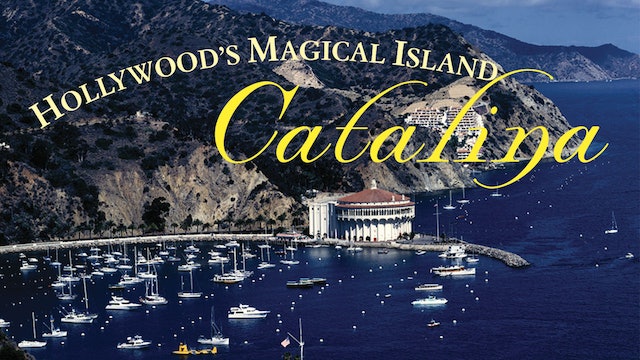 Through the remarkable eye of first time film director, Greg Reitman, we get a first hand glimpse of The Magic Isle. While exploring historical, social, and environmental changes, the film captures the mystical splendors, natural beauty and romance of Santa Catalina Island. Using a mix of rare 16mm, archival film and old black and white stills, inter-cut with interviews of islanders, historians and celebrities; the viewer is taken on a journey during America’s golden era. It begins with the acquisition of the Santa Catalina Island Company in 1919 led by William Wrigley, Jr. He set a course for Catalina’s future in the world of art, sports, music and entertainment that was unmatched in US history even through present day.

The film documents architectural achievements, many first of a kind buildings and innovations that transformed Catalina from a simple island into a modern day state-of-the-art playground. The film highlights many of the individuals including stars of the Big Band Era, Marilyn Monroe, and the island’s role as Hollywood’s secret playground for the stars. The island even played a role in helping to elect a President. We witness the island’s tragedy and heartache – deftly captured in the film with heartfelt interviews and a score that tugs at the emotions. Utilizing interviews with Jean-Michel Cousteau, heirs of the Wrigley family, residents and visitors of the island; we learn of William Wrigley, Jr’s dream of preserving the island’s natural beauty as well as providing a magical place for all to enjoy. The film concludes with Art Good Jazz Trax, Fender’s Catalina Island Blues Festival, and a visual kaleidoscope of modern day Catalina Island as an ecological paradise highlighting the revival of the island as a place of leisure and entertainment.

Right-click this and copy the link address.

Watch on your Television

Watch on your Computer